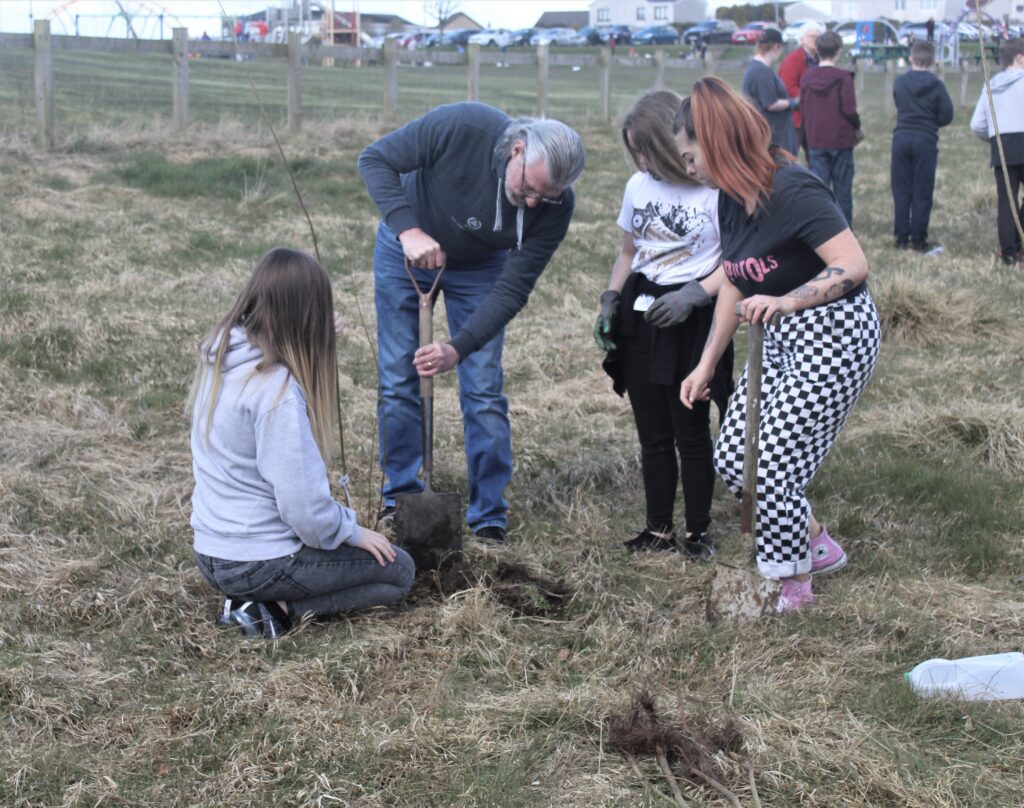 An enthusiastic group of volunteers has recently helped in the battle to combat climate change and improve the environment. An area of the Moor Park in Carluke has had around fifty trees planted. Some were put in a boggy area which can get so wet that it had previously been fenced off. Two types of willow, alder and elder bushes which like such wet conditions will now help to dry out the area. As well as carbon capturing, the trees will attract insect life and eventually provide homes for birds.

On the adjoining slope beside the few existing trees, wild cherry and downy birch were planted. When grown. The trees in this area this area will provide a wood for children to play and shade for visitors to the nearby play park. On the planting day, some of this shade would have been welcome for the recent spell of warm April weather meant the planting area was dry and the digging was tough work in the sunny conditions!

The young people who laboured so well in the heat were members of Street Level Universal Connections and included a group of primary children from Kirkton P. S. This young group worked alongside members of the Environmental Group from ONECAN, the One Carluke Area Network, and really illustrated how Carluke’s network can work together to improve our environment. Megan Lannigan, the newly appointed ONECAN communications officer, was also there lending a hand and she has added Carluke’s efforts to the Countryfile Plant Britain interactive map. Carluke’s new trees have joined over half a million other plantings recorded nationwide. 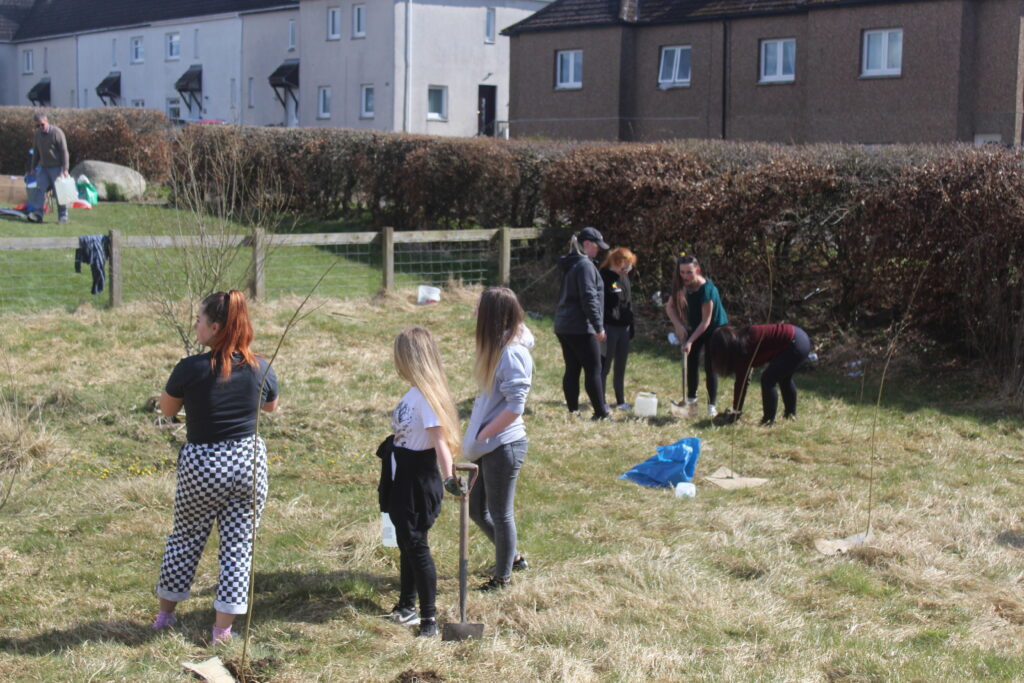 4 May 2021
As a community, our Church requires two volunteers, to be part of our Technical Team, to produce the online live…
Read More